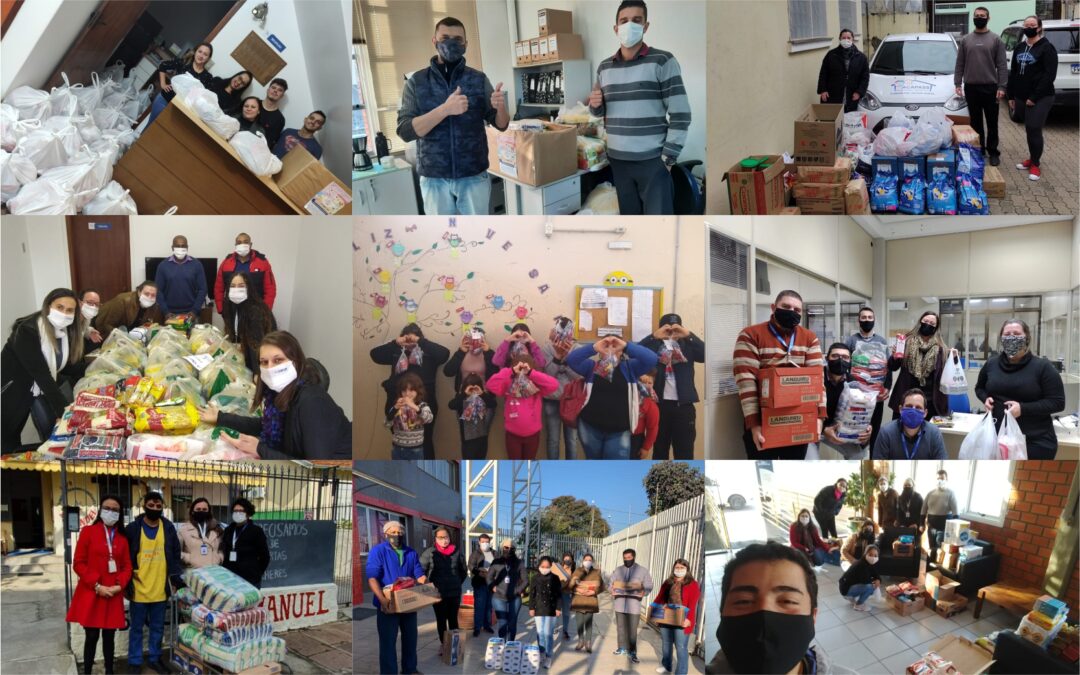 Taking initiative to fight hunger, Exemplum joined forces with its employees and, through the “Hand in Hand for those who are hungry” (translation for “De mãos dadas para quem tem fome”), collected 2.6 tons of food, which has been doubled by the company. Each of the Exemplum Teams allocated the food to projects chosen by them and developed in their cities, favoring needy charities and communities.

“The feeling of solidarity permeated our employees’ hearts, here at EXEMPLUM, and took the form of food through donations to those who are hungry”, highlighted Exemplum Executive Director Vânia Boeira.

There is no doubt it has never been so urgent to generate support actions for those in need, due to the Covid-19 pandemic. In this beautiful action in which everyone was engaged, the goal was not only achieved but went far beyond expectations.

With great pride, Exemplum thanked its valuable employees, giving them medals, one by one. The two teams that collected more than a ton of food each received trophies.

Although simple and no more than symbolic, it was a form of recognition of these special people, because they promoted not only the fight against hunger but, also, they promoted hope. Hope that will be forever marked in the memory of those looks of gratitude received in the delivery of food and that compensates for any effort made.